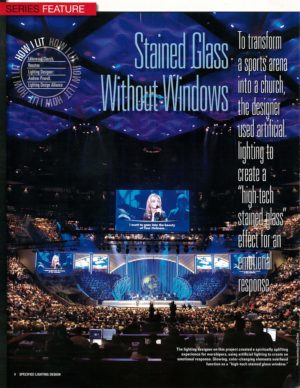 How does a sports arena become a house of worship? In mid-2003, the Lakewood Church in Houston, one of the nation’s largest, had outgrown its existing 7,800-seat sanctuary. About this same time, the city of Houston completed a new sports arena for its NBA and NHL teams, and had to decide what to do with the old arena, the Compaq Center. Both problems were solved when the two parties entered into a long-term lease agreement, making the arena Lakewood’s home for the foreseeable future. Much needed to be done, however, to turn this former sports facility into a 16,000-seat church-a facility that would become the largest regularly-used worship center in the U.S. Full Article