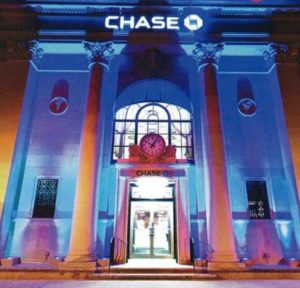 “Branding” a building is a lot tougher than expressing a company’s image on paper or through a website. After al, buildings are part of the existing landscape, not a tabula rasa. Such was the challenge for Lighting Design Alliance when designing exterior lighting for Chase Bank. “Chase contracted with us to do blue facade lighting on high-profile Chase branches all over the country, including some in the New York area,” says firm principal Andrew Powell. At the Bensonhurst branch in Brooklyn, there was concern about how the new blue would mesh with the existing high-pressure sodium streetlights. “Mock-ups showed that the blue LED lighting would still be effective. With careful fixture placement, the two sources produced a dramatic warm/cool contrast, further defining the building’s forms,” says Powell,  Full Article